Emerging Technologies to Keep an Eye On 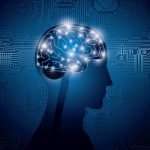 Information technology has always been a hotbed for future predictions. Whether it was Marconi’s grand plans for wireless communications or the bold prediction that every person would be carrying around a computer that fits in the palm of their hand, the future always looks bright when new technologies are considered. But, what does the immediate future of information technology hold?

Storage
Data storage has been able to innovate pretty regularly for some time. In the past 100 years we’ve gone from the paper ledger, to the advent of the punch card in 1928, to the development of computer hard and floppy disks, to flash drives and external solid state drives–to today, where cloud computing provides data storage capabilities that allow for remote access from nearly anywhere.

There are some pretty interesting innovations in the way the people store data, and it seems like it will only get more detailed as we roll into the future. As people begin to max out the capacities of current hard drive technology, one especially unique way people are beginning to store data is with holographic storage systems. These use lasers to store huge amounts of data as they are writing data on three-dimensional areas rather than the two-dimensional areas found on current hard drive technology. With this volumetric shift, more data can be stored on less space and sent and retrieved at higher speeds. Experts predict that transfer speeds can approach 1 GB per second and can store thousands of gigabytes of information on a plastic disk that looks the way your typical DVD or Blu Ray disk looks.

Processing
Computers process data and how effectively they do so ultimately determines the effectiveness of the computing construct. For years the processors that go in our computers, our phones, our cars, and every other connected device have been made out of semiconductors, namely silicon. Silicon is made from sand. With the advent of quantum computers, new materials had to be used to facilitate the change in processing. Where typical processors cram billions of transistors into a single chip, quantum computing can make these chips generate heat, making the chip’s makeup unstable.

In response to this problem, chip manufacturers have searched high and low for a material that can facilitate these complex computing constructs. Today, major chip manufacturers, including IBM, have begun utilizing carbon nanotubes that are made from something called graphene. Tabbed the “miracle mineral”, one million sheets of graphene can be measured at just a single millimeter thick, and is known to be the most conductive material on the planet. Graphene is the first two-dimensional crystal, making it the strongest, thinnest, lightest, stiffest material ever made and has seen investment in the creation of this material go from just $20 million in 2014 to upwards of $350 million by 2024. Since 2005, over 25,000 patents have been published that use graphene. It is only a matter of time before processing will be capable of things that we would have thought only to be complete science fiction as little as five years ago.

Power
With the world’s growing dependence on IT, power considerations have to be reimagined. We’re all familiar with the battery. A battery stores energy, created by a chemical reaction within the battery, which then converts that stored energy into electricity. With so many devices, including all the mobile devices requiring battery power, there is a major problem with the amount of disposable batteries that are created. Even as recycling efforts are made, millions of tons of harmful materials are improperly disposed of. This, and the obvious annoyance of running out of batteries (or having to recharge them) has people trying to come up with better solutions.

One solution that has been discussed is using fuel cell technology to power mobile devices rather than the battery. The fuel cell takes an energy source, usually some form of combustible gas (propane, diesel, or natural gas) and converts it into electrical energy. Think of a generator. Now, it makes sense that because of the nature of the fuel cell (using combustible gas) that there is some serious trepidation about how to make this work, but this past year Swedish manufacturer, MyFC, has developed a fuel cell charger named the JAQ Fuel Cell Charger. The JAQ has 4 hydrogen fuel cells that when you add the removable recyclable disks filled with water and salt, you get energy that can be used as electricity. So, while this may not be the device-attached fuel cell that is the next step, it is an ingenious way to affordably utilize fuel cell technology to charge the devices we all depend on every day.

Displays
Whether it be the monitor that you use at your desktop computer, your touchscreen on your smartphone, or the watch face on your smartwatch, you need the display to be clear and easy to access. Today there have been many innovations in mobile displays in particular that have introduced users to a new way of computing. AR-fueled applications have added another element to the function of modern smartphone and tablet displays, and while these new displays are nothing to shake a stick at the future of display technology is downright cool.

Let’s start with displays that are bendable. Yes, bendable. Manufacturers are beginning to see the benefits of creating screens that have a little give. Some devices have taken advantage of this already by incorporating touch screens that wrap around the edges of the device. This is just the beginning, however. LG and Samsung are continuously researching possibilities of creating flexible displays for their products. Samsung in particular has already added curved glass onto their Galaxy S-line of smartphones, while LG has developed an 18-inch OLED display that simply rolls up when the user is done with it. In fact, they’ve conceptualized what the displays of the future can do in a video, which you can watch here.

Security & Privacy
Over the past few years the amount of threats organizations have to deal with has exponentially increased. There are multiple factors as to why, but the end result is the same. If security isn’t up to the task, people get hurt. In order to properly navigate the ever-changing threat landscape, and to keep IT infrastructures working as intended, more targeted solutions need to be embraced. New solutions to protect data, networks, and infrastructure are being developed all the time, with an eye toward keeping them secure.

Big data is a relatively new concept, and has seen a huge increase in prevalence as more data is being retained and more constructs are introduced that produce more data. This is only going to continue in the future, and there are potential uses that may be dire for society as we know it. The term “cognitive security” isn’t one that many people have heard before, but as more data is collected, more new ways for data analysis will be developed. As a result, people’s thoughts and behavioral characteristics will start to be mapped, continuing the trend where people are forced to trade their privacy for their security. The more people come to depend on technology, the more this trend will continue.

For the small or medium-sized business, the future has to be now. Understanding how IT can help you build a more effective and competitive business is important. The IT professionals at COMPANYNAME can help, call us today at PHONENUMBER for more information.