Here is How Antivirus Keeps a Business Safe 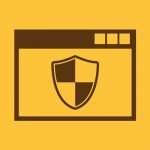 A lot is made about antivirus as a part of a comprehensive network security platform, but how does the system really work to eliminate threats? Today, we will take a look at an antivirus solution to show you how it goes about removing unwanted files and other code.

What is an Antivirus?
Antivirus software was developed as a tool to scan for malware or software with malicious patterns and remove it from your system. Since there are several companies that create antivirus programs, some are more effective than others at identifying and removing certain nefarious programs. One universal truth, however, is that with the seemingly endless wave of malware and other unwanted code being shared from the Internet, having a system in place that will help you identify and eliminate malware is crucial for the sustainability of any computing network.

What Exactly Does Antivirus Do?
As was mentioned above, there are a lot of different types of malware, so antiviruses are created to mitigate the problems computing systems have rendering this malicious code. They do the following things:

How Does Antivirus Work?
The antivirus program will download threat definitions and scan your files to search for matching code. Today there are options that store all permutations of available malware in the cloud, improving the effectiveness (since it has a comprehensive list) as compared to locally-hosted antivirus.

All executable files that enter the system enters the scan, if they meet the definitions the program has as being a virus, they are blacklisted, blocked, and quarantined. Of course, the user can override the antivirus at any time, but if it blocks a program, there’s a good chance that you’re dealing with malware.

Should I Pay for Antivirus?
Antivirus is typically available both for free and as a paid service. While titles don’t seem to have a high level of disparity, the paid services are usually better at identifying newer threats. Since any threat could be the one that makes your life a living hell, paying a couple of bucks a year to protect your data and infrastructure is suggested.

If you are looking for some information about antivirus, or any other network security strategies, don’t hesitate to contact the IT professionals at COMPANYNAME. Our expert technicians can help you put your business in the best position to protect itself from all of the many threats found on the Internet. Call us today at PHONENUMBER.