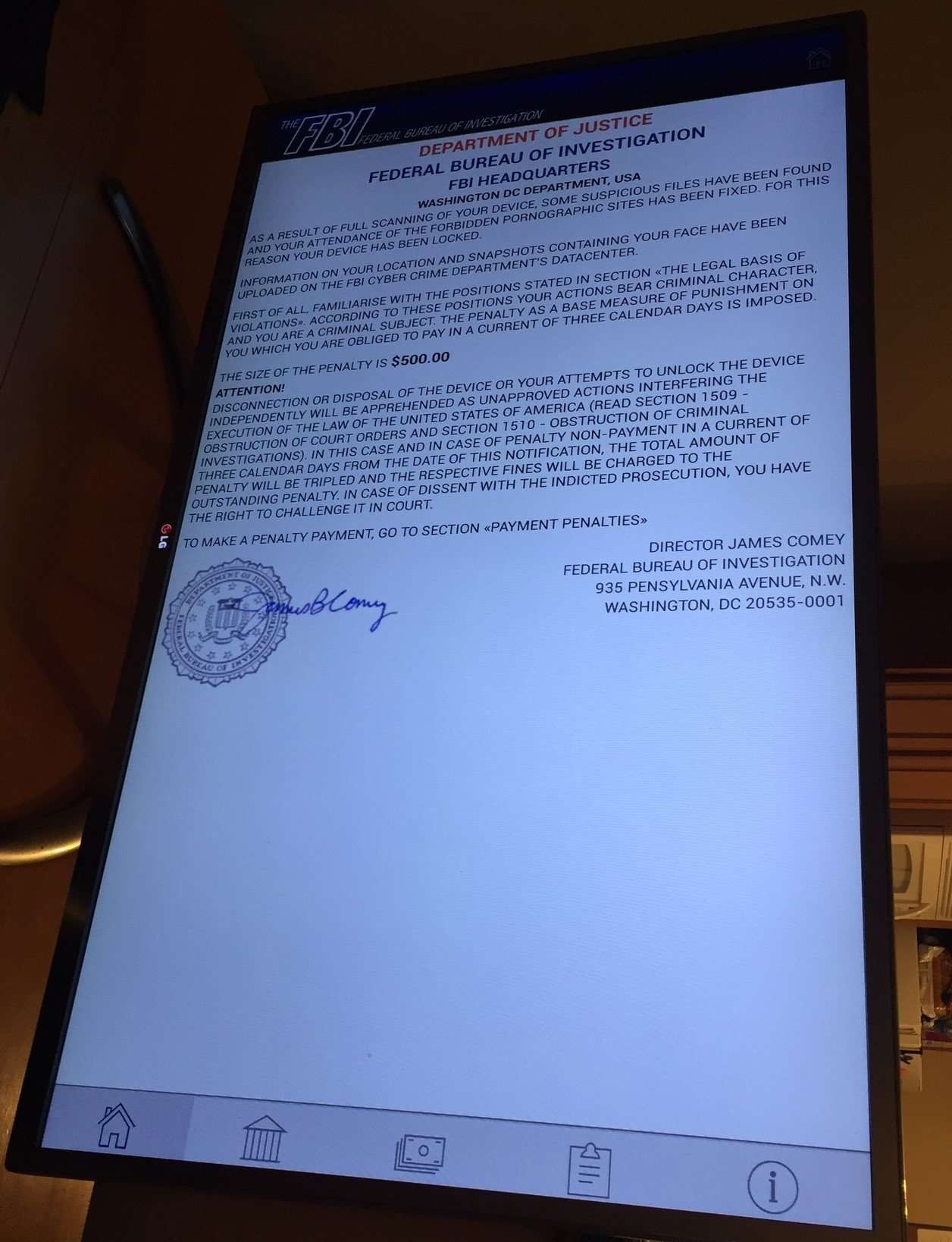 We’ve spoken on ransomware and cybersecurity almost to no end for a reason, it’s happening constantly and you’re either being protected or you’re not. On Christmas Day, 2016, one family was the first to receive an attack on their Android Smart TV! 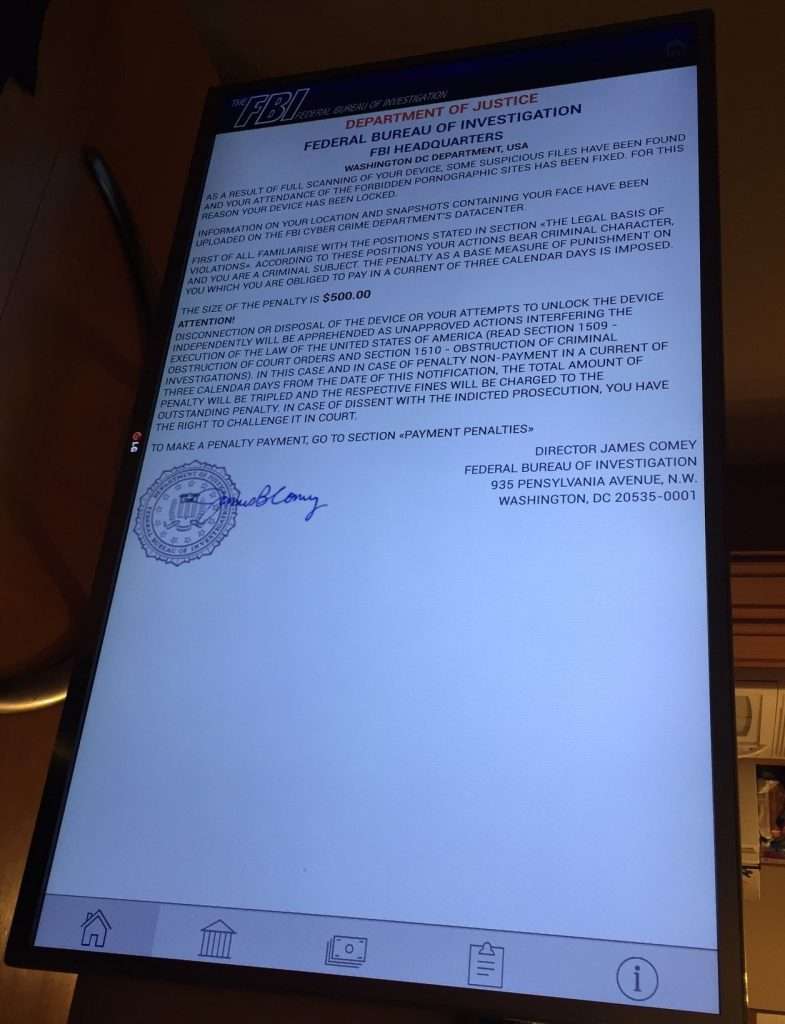 After trying to download tv-watching app, Darren Cauthon‘s television set was locked and a letter from the FBI appeared on the screen, reading, “As a result of full scanning of your device, some suspicious files have been found and your attendance of the forbidden pornographic sites has been fixed. For this reason your device has been locked.”

He announced a warning on Twitter, which luckily, prompted a response from LG, the maker of the locked device. He was able to eventually unlock it and posted a How-To video (down below) for any poor souls who may get infected by the same attack. 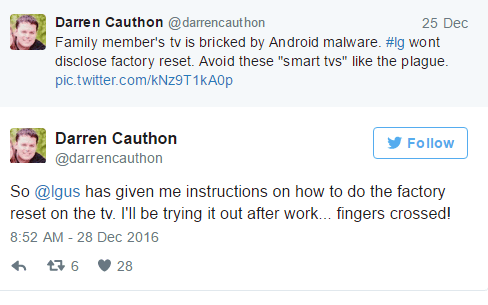 Hackers are after your data. You can deny it if you like but you’re doing yourself, your clients, and your business a great disservice.

If you feel unclear on whether or not you’re protected, contact us for a conversation. We’re happy to spread the good news that there are ongoing solutions to these growing attacks.